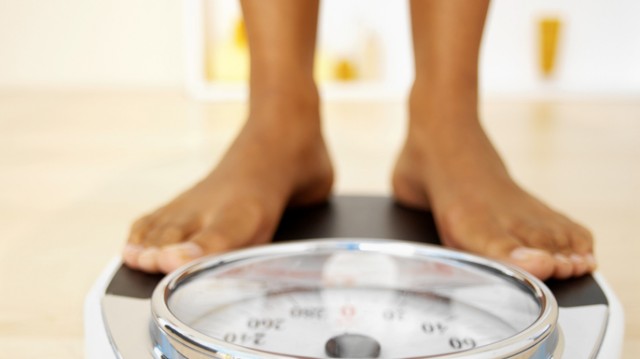 What Bells Palsy Taught Me About Dieting

Before you read any further, I get it. I’m thin.

I tell you that, because I’ve had many people say I’m not fat enough to talk about food issues. True story: My first-ever diss-tweet was from someone who honestly believed that – since I’d “only” gained 18 pounds with an eating disorder in college – I wasn’t qualified to talk about eating disorders in college. (P.S. Stone Thrower, I was also exercising two hours a day. I didn’t mention it in the post, but thanks for digging up the memory.)

I’m actually glad you brought it up, diss-tweeter, because it reminded me of how much effing time I spent eating, working out, or thinking about food. As Taylor Swift says, “It’s exhausting,” but I’d mostly closed the book on that time in my life. That is, until I read this article about how women spend 17 years of our lives dieting. (Before I jump into why this study makes me crazy, can one of my British friends please tell me how many pounds are in a kilogramme? Thanks.)

Okay, back to how I’m going to tie this to your career.

Yeah, I’m talking about you Ms. I-ate-the-Twinkie-and-now-my-whole-day-is-shot-God-I-hate-myself. And you Ms. I’m-too-fat-to-stand-up-and-make-the-presentation-because-I-don’t-want-people-judging-my-ass.

While I ditched the worst of my disorder a decade ago, there have been many times since then where I didn’t take action because of some residual food thing.

Shoot a video? Sure, just give me a month to lose about seven pounds. Go to the networking event? No way, I’ll eat too much, etc.

And then – just two weeks before I delivered my first child – I got Bell’s Palsy.

On a random Sunday morning, I was reading the paper and my eyes started watering. By dinner time, I had lost the ability to move the left side of my face. {{{{Ciao “normal!”}}}

I couldn’t sip through a straw.
I couldn’t kiss my husband.
I couldn’t put the dishes away without it sounding like a jet crash in my kitchen.

Oh, and while we’re at it, let’s not forget to stomp on the dead carcass of my speaking career.

Still, the absolute worst of it all was that I couldn’t even smile at my son. While most new moms have a bazillion photos of themselves cradling their newborn at the hospital, I only have one – and I can’t stand to look at it.

So as you might imagine, I was on my knees a lot during that time, pleading with God that if He would just “fix it,” I would appreciate every.single.day. I promised I wouldn’t give a shit if my cheeks were too round or my jeans were too tight. I promised I would quit looking for stars while missing the moon and, I promised to share my story with anyone else who feels that life “officially” begins when the pounds are gone.