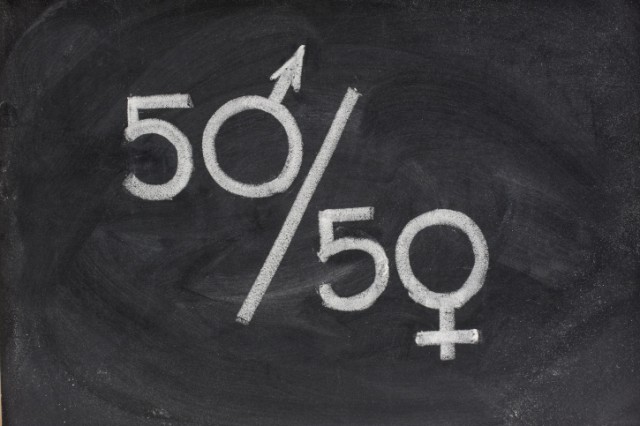 At times, I feel incredibly lucky to be a woman in 2013. Women have made incredible strides in the fight for equality in the past 100 years. I have the right to vote. I am privileged in that I have the right to make important decisions in regards to my health and my body. I have been shown that women have the power to literally stand up for what they believe in before Congress in order to protect these rights. I am able to sufficiently support myself and live independently solely on my income. Women can run companies, spearhead political movements, and succeed in male-dominated fields.

And yet I worry that the belief that we are just as capable of men, that we have the ability to achieve just as much as men, only allows us to rest in complacency and in the belief that the fight for equality is over. It’s true that we have come far, but, like what every civil rights movement has taught us, the fight for equality is often a long and arduous one that we lose the second we falsely believe that we are finished.

I understand the feminist rallying cries of equality and the somewhat juvenile taunt of, “Anything you can do, I can do better.” It is comforting to believe that we can reach the same heights as men, that we can achieve anything we put our minds to. We want to live in a world in which our efforts are worth something- that we can work really hard, be smart, be kind, do exactly what we are supposed to do, and that this will pay off and we will be rewarded for this. It’s easier to believe that our achievements are directly related to our efforts and that we alone are responsible for our successes, than to accept that outside forces which often feel as though they are beyond our control can hinder our ability to achieve.

However, to ignore the fact that the world is not particularly friendly to women is to ignore the systemic issues that contribute to the fact that women continue to make 77 cents to every dollar that men make, that North Carolina is coming dangerously close to prohibiting women from having a say in their reproductive health, that women are routinely expected to take responsibility for their own sexual assaults, and that just a few days ago state troopers were searching bags and confiscating tampons and sanitary pads from those wishing to sit in the gallery of the Texas senate. This is the reality in which we live and we must confront this reality if we wish to see progress.

Being a feminist can be complicated. The declaration itself opens you up to a slew of stereotypes, none of which are particularly flattering. While there is no clear cut way to be a feminist, although some will try to tell you otherwise, to me, it is to be both proud and confident in being a woman, while constantly remaining on guard and aware of inequalities. It would, of course, be remiss of me to ignore the class and race disparities that affect the idea of feminism and the notion of equality. Inclusivity is something that is lacking in many movements, feminism included, and is something that other writers have spoken on much more eloquently than I. As bell hooks wrote in Ain’t I a Woman: Black Women and Feminism:

It is obvious that many women have appropriated feminism to serve their own ends, especially those white women who have been at the forefront of the movement; but rather than resigning myself to this appropriation I choose to re-appropriate the term “feminism,” to focus on the fact that to be “feminist” in any authentic sense of the term is to want for all people, female and male, liberation from sexist role patterns, domination, and oppression.

This was published over 30 years ago, and while some progress has been made in terms of creating an inclusive movement, the face of feminism remains dominated by white middle-class women. Women of color and poor women continue to attempt to establish their own spaces, with focuses on their own individual struggles and concerns, but it is a subsection of feminism and equal rights that is often glanced over. It is dangerous to ignore the fact that while many of our concerns overlap, a number of them vary. We are far more powerful as a functioning unit when we are familiar with one another and aware of each other’s struggles. An acknowledgment that our struggles, our priorities, and our very lives are different is imperative in furthering equality.

I realize that this may come across as an incredibly pessimistic and defeatist attitude, and that is not my intention at all. This is not meant to be depressing or to declare women helpless in the fight for equality. I do not wish for us to throw our hands in the air and accept that we are not equal to men and that is simply the way that it is.

It is quite the opposite. I wish for us to remain vigilant, to continue to be brilliant, to work hard, to be smart, and to stand up in this fight as so many before us have done. I want to leave this world better than when I found it. I want my nieces, my friend’s daughter’s, and my own hypothetical daughters to have more opportunities to succeed than I had. I want them to know what a great, beautiful, powerful thing it is to be a woman.

Let us not forget that we have work to do.