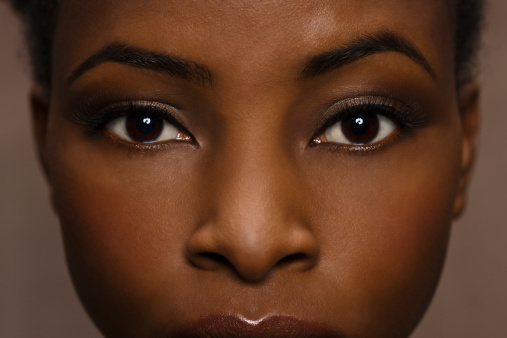 Just two weeks ago, I handed in my thesis- the very last step in completing my Master’s degree. My research was on the relationship between the representation of black women in the media and black women’s self-esteem, and I used the brilliant, hilarious, and revolutionary web series, The Misadventures of Awkward Black Girl and its protagonist, J, as the control in which to examine this relationship. Nina Simone songs inspired the title of my thesis and nearly all of the headings. It was black, y’all. Blacker than black y’all. And while there were times that I was incredibly inspired and psyched to be doing the work that I was doing, in the midst of the all-nighters, eating ravioli from a can over the sink at 2 a.m., and drinking cold coffee from a French press after watching Saturday Night Live, I often found myself wondering, “What in the actual hell is the point of this?”

Throughout the process, I continually tried to articulate why my research was important as clearly and succinctly as I could. Last fall, I interviewed the creator of Awkward Black Girl, Issa Rae, and asked her why she believed that representation of black women in television was important. I quickly realized that I was asking not just to get the perspective of someone so closely connected to the topic, but because I really wanted someone to tell me. When you’re a black woman who writes and speaks about race and issues surrounding race as much as I do, you come to expect to be challenged on anything you say, and come prepared with an arsenal of bullet-pointed evidence pointing to why your points should be taken seriously. This constant pull to validate your experiences and your existence lends itself to some crippling episodes of self-doubt; you begin to wonder if maybe you are being too sensitive, and if maybe this isn’t as big of a deal as you’re making it out to be. In the end, however, it became clear that the difficulty I was having in pinpointing the importance of representation was because it was so, so simple.

We often talk about television as a basic means of entertainment and escapism, but the cultural significance of television is about so much more than that. Unless you somehow managed to completely avoid the Internet following this week’s Game of Thrones, you saw the incredible impact that the latest episode had on its viewers. I couldn’t scroll through any of my social media feeds without seeing a number of exclamation point-filled and ALL CAPS reactions to it. I don’t even watch Game of Thrones, and I watched that reaction shot video that was circulated Monday. I didn’t even know what any of these people were reacting to, and yet I still needed to watch; I still wanted to be included somehow. That’s the power of television.

This communal aspect of television is layered, and perhaps the most significant facet of it is the idea that television often acts as an agent of socialization, offering us a glimpse into how we are both different and alike, and informs how we view and interact with one another. Television also has the power to impact how we view ourselves and, by seeing portrayals of people like us on television, tells us how society views us. Children’s shows often have lessons and exercises about diversity and inclusion because most of us want children to know about these things, and yet this portrayal of the world as a diverse and inclusive one is sorely lacking in the current state of television catered to adults.

A television world filled with white leading ladies, and the occasional sassy black sidekick, isn’t real. Of course, it’s television. It’s not supposed to be real. But haven’t you taken a Which Sex & The City Character Are You? quiz on Facebook while you were avoiding your actual responsibilities? Haven’t you maybe even taken it twice because you know that you’re clearly more of a Miranda than a Charlotte? We want to feel this connection to our favorite television characters, we want to feel as though our stories are valid, and we don’t want to have to hide in our offices because Sheree went buck on last night’s Real Housewives and, Oh God, is my white co-worker going to try to talk to me about it?

First, let me say that there is nothing wrong with going buck every once in awhile. Sometimes things are ridiculous and you need to act accordingly. The issue, however, is when these examples of black women make up a majority of white peoples’ exposure to us. We know that we’re not monolithic and that black women are multifaceted, with just as many characters among us as we see portrayed in white women on television. The worry is that not everyone knows that. What’s problematic is when the few representations of black women on television portray us in a way in which we become the butt of the joke.

In terms of relatability, black women can, of course, establish connections with white television characters, and they do. I’m almost mortified by how much I related to Hannah on last season’s Girls and I will forever and always embrace the Angela Chase inside of me. The ultimate sense of validation that came with Awkward Black Girl, however, was the ability to connect with a character on another level, one that doesn’t embarrass us, and one that so many of us had almost given up on seeing represented in the media. A black woman dealing with natural hair issues! A black woman navigating interracial dating! A black woman’s healthy, positive relationship with her best friend! A black woman who awkwardly interacts with her co-workers in the hallway! All things that had been nearly absent on television since the disappearing act of the racially diverse shows of the ‘90s.

The fact that Awkward Black Girl is a web series brings with it a sense of hope, as well as a rather bleak outlook on the state of representation on television. It’s great that Issa Rae was able to create a piece of media that so many black women relate to and that has catapulted her into an empire. Since the success of Awkward Black Girl, Issa has collaborated on several other web series and is currently working on a network show with television powerhouse Shonda Rhimes.

I’ve decided to simply be done wavering on where I stand on this. Representation of black women on television is important because black women are important. It is as simple as that.