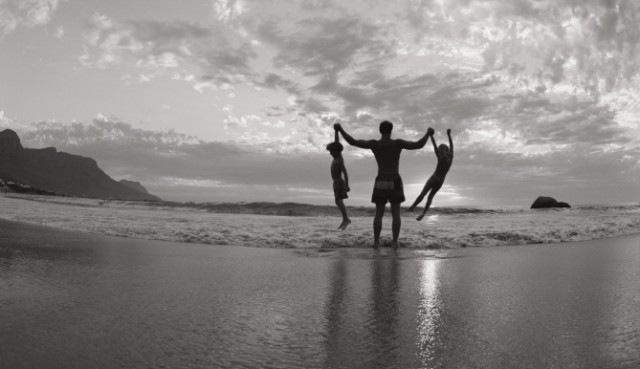 Willfulness Is a Good Thing

Someone once told me the four women in my family were “willful”. It was sincerely meant as a compliment and initially, I took it as one. The women he was referring to were my mother, two sisters and myself. The compliment was handed to me just hours after my dad lost his two year battle with cancer. So really, I was too distracted to even remotely process such words.

After painfully going through a few weeks of blurred visits from friends and family, tasteless meals, sleepless nights, quiet moments of solitude and a beautiful memorial, my family was able to attempt to start the process of trying to eventually get back to normal. But with the patriarch of our family no longer living, we knew we would have to learn a new normal.

As this supposed grieving process began, I decided for some unknown reason, to revisit that willful comment and the meaning behind it. Out of all the wonderful things that were said about my dad that week, I was still curious about why we were considered willful. What did that really mean? So I looked it up.

3. headstrong, perverse, wayward refer to one who stubbornly insists upon doing as he or she pleases. Willful suggests a stubborn persistence in doing what one wishes, especially in opposition to those whose wishes or commands ought to be respected or obeyed: that willful child who disregarded his parents’ advice.  One who is headstrong is often foolishly, and sometimes violently, self-willed: reckless and headstrong youths.  The perverse person is unreasonably or obstinately intractable or contrary, often with the express intention of being disagreeable: perverse out of sheer spite. Wayward in this sense has the connotation of rash wrongheadedness that gets one into trouble: a reform school for wayward girls.

I was surprised to read so many negative connotations. I thought this word was a positive attribute. I mean, I had decided to take it as a nice thing for someone to say.

Then I started thinking: would that same comment apply to my brother? He was now the only man in our family; is he also considered willful? Or rather, why were only the women in my family labeled using this word?

Eventually I started to realize that, as a young woman, being willful is not only a good thing but that my dad purposely raised us to be this way. Not only had he married a willful woman, but he managed to raise three daughters to be willful, as well. After my older sister gradated college, she packed up her Honda Civic and moved almost 1,000 miles away from home to Colorado. She didn’t have a job but was willing to take a risk and give independent living a shot. So yes, she is clearly determined.

My younger sister is a born leader – you can just tell when you see her hanging out with a group of friends. She’s the navigator on a road trip and the organizer of sorority events. She’s the one that people lean on for advice and a laugh. And I, too, have branched away from my roots – going to college 2,000 miles away, studying abroad for six months and moving to New York City at 22 to find my own job without anyone’s help.

All of those things sound willful, don’t they?

But my brother, at 22, manages a bar staff of 150, pays his own rent and is getting ready to move to Los Angeles, thousands of miles from home, to start his own career. I guess it’s just assumed, as a man, he was born willful? I refuse to accept that fact. I have a hope that soon these words, because that’s all they really are – words, will not define us by gender. But rather work ethic, determination, independence, drive to do well for others will all be factors in how we are perceived. I am so beyond proud to know that after much thought and reflection, my dad raised all four of his children (regardless of gender), to be strong, motivated and driven individuals.

Sadly, this fact has only occurred to us since going back and reading journals, watching home videos and recounting stories that Dad was fully aware of what he was doing while he raised us. One of the things I’ll never forget is how he preached education first. He used to joke to all four of us, “Education first. Then job, marriage, kids to follow. In that order.”

Granted, I cannot deny that raising a boy into a man is different than raising a girl into woman. Even today, there are still barriers both genders face and to deny that fact is just plain silly. But that’s another story for another post. I guess my point is that Dad raised us equal. He never once acted as male chauvinist towards my mother. Her opinion was always valued, work always respected, humor always appreciated. And isn’t leading by example the ultimate way of teaching?

I’ve now realized I’m okay with being willful. I’m proud of it, actually. And as much as I would love to have this conversation with my dad, I know that I can’t do that. He did his part – he raised us right. He spent between 20 and 30 years giving us the tools we needed to succeed in this world and now that he’s no longer here, we owe it to him to do just that, succeed with will.

Caroline Findlay is currently an English teacher living in South Korea. She was born & raised in Kansas City and after living in both New York and Spain, still takes great pride in her Midwestern roots.

Kissing in the time of Covid 👯💗. Not social distancing because we were both tested and Covid free . I had to check my mental health this week, as I could feel the isolation from community and loved ones taking a toll on me . I thought about what / who brings me joy so I could focus on that . My friends and the deep connection I have with many of them, fills my heart in a way that is so treasured . 💗 you @ambervalletta #SelfCare ...