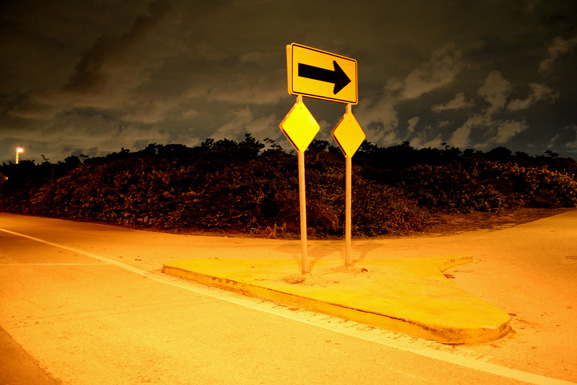 How many times have you heard the word “no”?

Now ask yourself how many times you’ve accepted this rejection and allowed it — and the person uttering it — to limit you and your aspirations.

Whether you dream of exhibiting your artwork at the Whitney Biennial, climbing to base camp on Mount Everest, studying primates in the remote Congo, deciphering the genetic code or conquering something as humble as walking down the block (not so easy if you sit in a wheelchair), chances are you’ve been discouraged more than cheered on, even by those closest to you.

Your loved ones claim they’re trying to keep you rooted to reality. Protect your feelings. Prevent you from wasting your time. And of course, they are. They don’t want to see you disappointed – or worse, crushed from failure.

But the truth is the only difference between you and those who fruitfully chase their dreams is that the latter have first agreed to do so. That, and they committed to working toward their goals with unwavering discipline and sweat equity without any guarantee of success.

It’s amazing how many of us deal in ‘no’, and how often we cavalierly strike down others’ closest-held desires. But whenever you hear someone tell you “no,” remember this word is an instant signifier of another’s shortcomings, not your own. His or her “no” reveals a dashed dream and a sour surrendering to living a life without fully expressed potential.

When I landed my first post-college job at a major metropolitan newspaper, I saw it as my “in” to journalism, but barely. There was a recession on, I was 22 and I was grateful to take classified ads over the phone. People called in with their three lines of copy; I entered it into the system, correcting the spelling and grammar as I typed. (This was the dawn of the ‘90s, before Craigslist arrived.) I’d hoped to somehow network my way into the newsroom, but on my very first day in the office a woman in her mid-forties elected herself as my welcoming committee. “Don’t even think you’ll ever be able to get a writing job from here,” she advised me bitterly. “It won’t happen. It doesn’t happen. Give that up right now.”

Demoralized, I almost believed her. It took months to recover from that old bag’s negativity. It took even longer to understand what had transpired: she was sharing her own experience, not predicting mine. Who knows how hard, or for how long, that woman tried to break in with the reporters? But since she spent her entire career peddling estate sales and used cars, it’s safe to say she settled for not improving her lot. Because we all have the power to make a change. And it’s much too easy to blame others for not accomplishing what we set out to do.

It’s surprising, but even our best friends can subtly undermine our ambitions. I have one close pal — whom I otherwise adore — who dismissed me years back when I was paid to write advertising copy: “Well it’s not like you’re a writer-writer,” he said flippantly. A few years later when I first started interviewing celebrities, he added: “Okay, but it’s not like you’re an editor or real journalist.” (Why this need to categorize me, I always wondered?) But soon I added staff editorial work to my CV, launched a few magazines, and branched off in other new directions: travel, health, city reporting.

I had no problem shape-shifting — writing is writing; it requires the same basic skills and strength of voice — but it sure seemed others wanted to put me squarely into a box. How come?

The answer is: Because they feel so confined themselves. Someone — or something — has entrapped them. And it deeply bothers the imprisoned to see others flying free.

Still, over the span of my career I’ve faced the same stringent label-making everywhere I went. When I worked in marketing, I wasn’t an editor. When I was an editor I wasn’t a journalist. When I was a journalist I wasn’t an artist. Now I paint in my spare time and am thinking of illustrating a book. And what did another colleague say to me last week?

“But you’re a writer. Sure you want to tackle something like that?”

I smiled to myself. How come he didn’t say, “Cool! Go for it!” Because I know a “no” when I hear one. And it’s a word I take as a challenge these days, not an insult.

I’ll close this post with an anecdote about John Lennon. At 26, the best Beatle was at the top of his game. Few told him “no,” certainly, not when he was the most in-demand musician on the planet. But at the height of his success he battled crowds, felt alienated among the masses and his friends, and had lost touch with simple pleasures. In short, cynicism — a crippling of all that is expansive, creative, and free — had taken over.

That is, until he went to an art show in London and met a woman who rocked his world. Here’s how he described meeting Yoko Ono, the artist whose work he came to check out that day:

“There was a piece that really decided me for-or-against the artist: a ladder that led to a painting which was hung on the ceiling. It looked like a black canvas with a chain with a spyglass hanging on the end of it. I climbed the ladder, [looked] through the spyglass, and in tiny little letters it says: ‘YES.’ So it was positive … It’s a great relief when you get up the ladder and you look through the spyglass and it doesn’t say ‘no’ or ‘f**k you,’ or something. It said, ‘yes.’”

Don’t allow others to define you. Dream out of the box. And if you haven’t heard this word yet today, or this month, or even this year, allow me to answer you and your secret desire, whatever it is, right now, if it helps you chase it without fear or self-doubt

I’m very sensitive to what’s happening, and the reasons that things happen, and the lessons that I have to learn. I’m not comfortable with it, I have to tell you. Discomfort is the lesson.