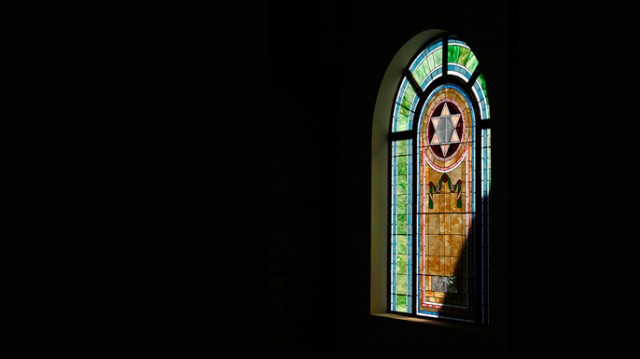 If you think about it, Yom Kippur is absurd. It’s a 25-hour fast, based on the idea that without the hindrance of basic needs like food or water, it’s easier to focus mentally and spiritually (or that to repent for your sins you have to afflict yourself, depending on whose side you’re on). Also, that a day without consumption is an effective cleanse (still less painful than five minutes of the Master Cleanse). For thousands of years my people have done this annually, and if genetics have anything to do with personality traits, I come from a long line of impatient whiners.

The truth is, Yom Kippur is kind of a brilliant idea. It’s a day when work, stress, past, and future don’t exist. Debts and grudges are abandoned. For one day, we live in a peaceful present. We spend it immersed in spiritual introspection, surrounded by community. Yom Kippur is a brief glimpse into a potential that we can’t make work on a daily basis. It’s a reminder of what we could be.

It is also an endless slog of a day, because reaching your potential is a painful and trying ordeal, and not for the faint of heart (literally, if you have heart problems you’re not allowed to fast – true story). The fast starts at sundown on the evening of the holiday, right after the traditional pre-Yom Kippur stuffing of the face. If you’re like me, this consists of hunting down a burrito the size of a small house and inhaling it in three bites, after having spent the day running around getting ready instead of eating. By the end of the Kol Nidre services about three hours later, I’m already starving. Only 22 more hours to go, and in only 4 more I wake up feeling parched and miserable. I remind myself that I’m only cranky because of the whole wishing I was still asleep thing, roll over, and pray. Not because it’s a spiritual holiday; I pray that I can sleep for the next 15 hours and wake up in time to make a sandwich. This happens once every never.

In the morning I wake up in an alarmingly good mood, full of more energy than a toddler on cake. During the night my body has miraculously turned the burrito into energy, which fuels my invigorating walk to synagogue for services. I arrive fairly early, and as people filter in throughout the morning, my burrito battery (burrittery?) loses its charge. The concept of forgoing food to promote focus starts making less and less sense, but then, most things do at this point.

Sometime in the early afternoon there’s a break, because several hours of repenting for your sins earns you at least a nap. I can’t imagine walking more than three steps; I have already scoped out all potential napping surfaces hours ago, and make a casual beeline for the nearest cushioned chair while everyone else is still trying to figure a way out of making small talk. I will not be moving until the final Ne’ilah services of the day. You can’t make me. Go away.

I am now a sea captain with a loyal crew of Stegosaurs, ruling the South Pacific with an iron fist, until I’m rudely awoken by the inane chatter of congregants returning for Ne’ilah. No one can think of anything sensible to say anymore and, like me, many people are starting to slur their words and sound drunk. It takes several minutes for me to gather the willpower to stand up, most of which is driven by a need for self-respect: now technically an adult, my dignity hinges on being able to pull off acting like one. I get up slowly, a necessary pace when acting as the interim mayor of Head Rush City. To get through Ne’ilah, I lean on the chair in front of me; I look weak and disheveled, but it doesn’t matter because by now no one can see straight and won’t remember any of this anyway.

And then it happens. The shofar blast. At the end of Ne’ialah comes the blowing of the traditional ram’s horn, the shofar, and as it resonates through the walls, through my ears, and through my very core, I have an epiphany. Only in this state, in this semi-conscious, starved, otherworldly state, achieved through fasting and post-nap grogginess, is it possible to feel this horn blast in such an intense way. There is a comfortable sort of nostalgia about this moment, and I realize that I have this epiphany every year at this time, only to forget it in the subsequent fog of bagels and cream cheese as the fast ends.

I waft home in a joyous food coma, confusing the comfortable bliss with a sense of spiritual accomplishment. The bagels have centered my soul. I feel serene, confident of my role in the universe as I take my place in it: falling headfirst into my pillow and ignoring my phone for another eight hours until I wake up to a new year and a fresh start.

Julia Gazdag is a writer, photographer, and breakfast taco enthusiast. She hails from Budapest and has lived in New York, LA, Austin and Portland, currently residing in the general Planet Earth area. She is also quite fond of dinosaurs. You can find her on Twitter @juliagazdag and Tumblr. Her photos can be found on juliagazdag.com.

More From Julia Gazdag view all