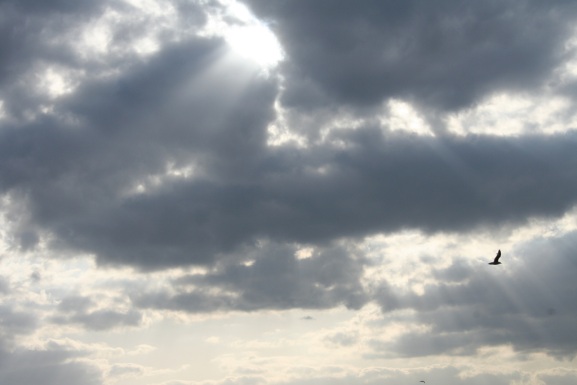 You Gotta Have Faith

I don’t believe in God. Even in the 21st century, it’s a hard thing to admit, and I sometimes get raised eyebrows and expressions of shock from friends who didn’t know. I went to a Methodist school and was exposed to religion from an early age and we prayed every morning in chapel. I (mostly) respected this ritual and joined in, but it just never clicked for me. My parents weren’t religious, but they very much allowed me to make up my own mind, even allowing me to join the Brownies (Girl Scouts). Sadly, I was thrown out for making people laugh during prayers (I did say I mostly respected prayer time) but I was seven years old – not very forgiving of them, I always thought. So despite trying, I am just not able to believe.

But I do have faith.

I have faith in people. I think humans are capable of extraordinary and surprising deeds and despite all the cruel and hideous things we do to each other my cockles are regularly warmed by tales of immense generosity and kindness, and particularly of endurance through adversity. People are bloody amazing.

After the Brownies incident, I was allowed to join the Woodcraft Folk, a kind of alternative, hippy, tree-hugger organisation. I loved it. We went camping, did a lot of bark rubbings and sang better songs round the campfire than ‘Kumbaya’ – there just seemed to be a much stronger message in respecting nature and the world around us than praying to a heavenly Father who did some art in heaven.

I am not a devil worshipper, though, and I do have a strong belief system. Honesty, respect and equality are at the forefront of my values and there are certain religious sayings which have resonance, particularly, ‘Do unto others as you would have them do unto you.’ This has to be a universal human value. Another prayer which has universal value and which traditionally starts every AA or NA meeting is:

This is a great piece of advice, and you certainly don’t have to say Lord at the beginning of it if you don’t want to.

So you see I am not completely anti-religion, like most atheists. In fact, in a way I am envious of people with a deep religious conviction. The comfort they must get when going through difficult times of knowing there is a higher force guiding things and of believing that there is a better world after this one must be so, well, comforting. I enjoy visiting churches and religious buildings and have often been moved spiritually in them, but I know this isn’t to do with God, it’s to do with the majesty of the architecture and the history associated with it. There are moments when I would welcome the comfort of religious faith: when I hear about the casualties of war and natural disasters, during personal tragedy, even when I am in severe turbulence on a plane – it would be great to pray and to believe that it might help, to ignore my conviction that these acts are random and unpredictable. But instead, donating money to charity, being with friends and family or drinking a Bloody Mary are the only ways I can find comfort now.

It took me a long time to accept that I was an atheist. For years I called myself agnostic, and I don’t think I was really sure for a while. It’s tough to think that this is all there is and we are here for no other reason than an accident of evolution, but as soon as I did accept the glaringly obvious facts of science and stopped being scared to tell people what I was, I felt much more at ease with myself and more whole. This is the only crack we get at life, I’m gonna make the most of it before this remarkable body gives up and I am nothing more than a memory.

At the risk of sounding naïve and/or patronising, I think religion is a force for good on a personal level. The rituals and traditions bind people and communities together and give them a sense of purpose, but there are aspects of it which terrify me. As a woman, all I can see is patriarchal religions, most of which have practised suppression for years and are struggling to adapt to life in the 21st century. Marriage equality and abortion rights are two hot topics in the US at the moment and, although they are not the only opponents, religious leaders are stalling any progression with their outspoken prejudice. The fact that so many people believe in the poppycock of creationism, and that it is actually being taught to children, is frankly horrifying. But I have to have faith that there will be a natural evolution towards secularism and to equal choices for all. I can’t fathom a future world which doesn’t allow that. It is so obvious to me that religion should never be mixed with politics; it has started too many wars.

As an addendum, I’m fully prepared to admit I am wrong when my time comes. If I ever get to meet Saint Peter or go to Paradise, I hope they will recognise that I have lived a fair and honest life and treat me accordingly. Unless I come back as a beetle, and then there’s not much hope.
So I thank God I’m a heathen, and I’m pleased to say that although it took me a while to get here, it is possible to be a happy, contented and whole atheist – you just need a little bit of faith.