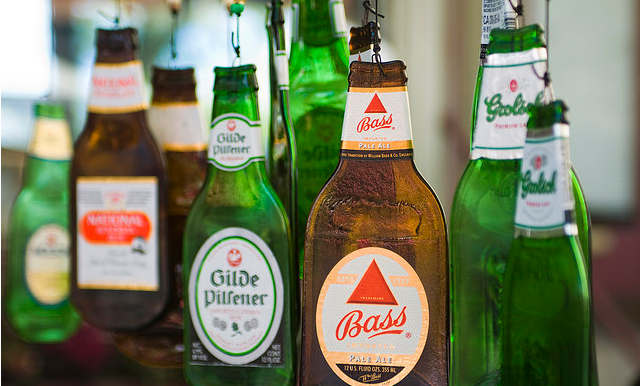 Binge Drinking without Fear of Consequences

Steph woke up in a haze, in a room not her own, wearing nothing at all. She had a pounding headache. She glanced over at the guy next to her; she barely recognized him. Was he in her Chemistry class? She wracked her brain trying to remember what had happened, the details were all muddled. The last thing she remembers was standing on a bar with her girlfriends shouting, “Let’s get wasted.”

Steph’s story is hardly unique. The frequency of binge drinking is way up among teenagers and young adults in the United States. It’s defined as having four or more drinks in a row for the sole purpose of getting drunk and studies reveal that women are keeping up with men like never before.

Roughly 40% of college women (that’s 2 in 5) who participated in the most recent Harvard School of Public Health’s College Alcohol Study admitted to binge drinking at least once a month. The study, which was set up to examine drinking behavior among men and women in college, also revealed that roughly 50 percent of men binge drank at least once a month. Not surprisingly, the numbers were even higher among male and female students who lived in a fraternity or sorority house.

This may not be news to many adults, teens will be teens; college and alcohol go hand in hand, some think. In this day and age of instantaneous gratification, older generations worry that young people are acting without the fear of consequences, making snap judgments that could have long-lasting negative effects down the road.

But being fearless can sometimes be detrimental. And this is news worth paying attention to, especially if you have a daughter. Binge drinking poses unique health risks for women; health risks that have real consequences.

Women who binge drink are more likely to be depressed, engage in unprotected sexual activity, contract an STD, become the victim of violence and/or sexual assault and have an unplanned/ unwanted pregnancy. And because many STDs do not produce immediate or apparent symptoms, women may walk around with undiagnosed diseases that, if left untreated, can lead to chronic pelvic pain, inflammation and ultimately, infertility.

There are biological gender differences at play here too. Alcohol affects women and men differently. On average, women become more intoxicated than men after drinking the same exact amount of alcohol. That means if girls and guys are playing drinking games together, the girls will get drunk faster than the guys.

While lower body weight and different hormones are partly responsible for women’s greater sensitivity to the effects of alcohol, there’s also evidence that women under the age of fifty produce less of the stomach enzyme needed to break down alcohol. The result: a higher blood alcohol content per ounce of alcohol.

Alcohol is also addictive. Studies show us that teenagers who drink in high school or more likely to drink in college. Studies also reveal that alcohol habits early on can pave the way for alcohol problems well into adulthood. Excessive alcohol consumption has been linked with all sorts of cancers, liver problems, infertility, high blood pressure and stroke.

As a teenager or young adult, this issue needs to be on your radar screen. And as a parent, it should be too. How many horrific, news stories of rape, assault, violence or worse have started off with a seemingly harmless drink? Binge drinking or drinking until you puke is not a right of passage, a normal part of college or an acceptable way of life. Buddy systems, designated drivers and cell phone emergency contacts can save lives. People are going to drink, but we must encourage them to be responsible, for themselves and for their friends—in my opinion, that needs to be part of the Conversation.

Proving people wrong is really important to me in a way.