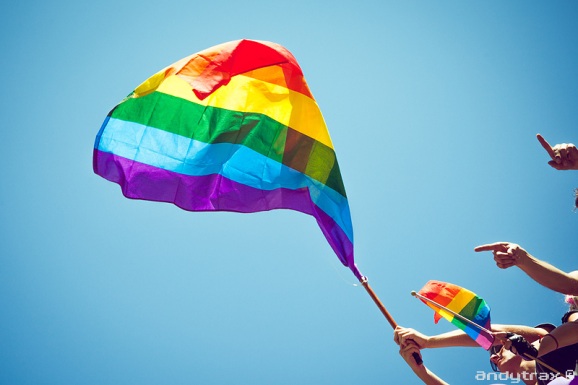 Breaking Down the Walls – A Matter of Good Health

Recently, I was at dinner having a conversation with a close friend who told me that she “felt different at a very early age.” She had her first crush as she entered puberty, during that awkward phase; she had just gotten her period and her face was totally breaking out. Her crush was on the most popular kid in the class and her heart would race every time she saw her. Problem was: her brother had a crush on the same person and would constantly ask about her because they were on the same volleyball team together. Her brother never hooked up with the crush and neither did my friend. Instead, she befriended her, suppressed her feelings and prayed that they would eventually go away. But they didn’t and my girlfriend entered college knowing in her heart of hearts that she liked girls.

Big deal, I thought. You’ve been out of the closet for years and lesbians are chic; they run companies, have talk shows, star in TV sitcoms, lead normal lives. Isn’t acknowledging who you are, to yourself as well as to others, freeing, empowering and ultimately a joyful experience? It can be she told me, but it also comes along with a boat load of challenges.

Young people develop their sexual identity during adolescence and according to the American College of Obstetricians and Gynecologists, one in ten girls is sexually attracted to other girls. Many women wait until college to come out. For many people, it’s the first time they are living on their own with no one keeping track of their every move. For many women, it’s the ideal time to express their sexuality without the fear of being judged by your parents or childhood friends. Many women embrace their feelings and hang rainbow flags out their dorm room windows. Others deny their feelings, fight them or feel confused, scared and upset. They worry about being judged by parents, relatives or childhood friends.

Many women worry about how their families and friends will react. Even though our families should love and accept us for who we are, that’s unfortunately not always the case. Our world can be intolerant to differences and prejudice can run very deep. And the challenges that women face aren’t always confined to social and cultural areas of their lives, they can disrupt the healthcare that they receive, as well.

Getting good health care can pose particular challenges for gay women. According to the Centers Disease Control and Prevention (CDC), inaccurate assumptions and misconceptions about lesbians’ health risks can actually cause health problems for gay women.

Here are a few possible reasons for health problems faced by gay women:

Discrimination: Gay women are more likely to be discriminated against by the health community, and as a result, they may delay seeking health care services.

Embarrassment: Some women are embarrassed to discuss their sexual habits with health care providers and therefore avoid going to the doctor.

Screening: Lesbians are less likely to receive routine Pap smears and breast exams than straight women. This may place them at higher risk of cervical and breast cancers.

Misconceptions: Some providers falsely assume that gay women have never had sex with men and therefore do not need to undergo the same screening methods as heterosexual women.

Childbearing: Lesbians are less likely to have children and more likely to delay childbirth than other women. This may up their risk of breast cancer, because having children before the age of 30 and breastfeeding are associated with a lower risk.

Lesbian and bisexual women face enough challenges in our society, and are entitled to exactly the same quality of health care as everyone else. Practicing safe sex and taking proper precautions is just as relevant for gay women as it is for heterosexual ones. All women, no matter what their sexual orientation is, need to take charge of their own health and well-being and that means advocating for themselves in every area of their lives. Although my friend felt different at an early age, her emotional and physical needs are the same as everyone else.