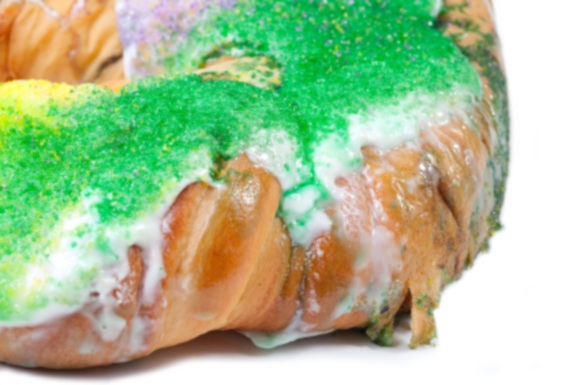 Confessions of a College Food Addict

I gained 18 pounds my freshman year.

Sure, it didn’t help that I lived in the dorm right above the food court or that my first semester happened to coincide with the month Papa John’s started taking student IDs. Craving pizza but out of cash? No problem. Just swipe your meal plan card. You won’t pay for it until you graduate so, go on, get the bread sticks too.

Obviously, I knew eating this way was going to catch up with me at some point, but it was just so easy. Yes, there was a salad bar in the court, but there was also a waffle maker, a Pizza Hut and a Chinese buffet. So couple that with the fact that I entered college with ZERO nutritional education and – voilà – you’ve got someone who arrived on campus in August at 135 pounds and left in May at 153.

The problem wasn’t just the weight though. The problem was what the weight became, i.e. the outward symbol of an inner turmoil. It was the beginning of a dark, addictive relationship with food that spanned the rest of my time at university.

It’s been estimated that up to 30% of students experience eating disorder symptoms at some point during their college years and it’s easy to see why. The emotional toll of leaving home, the stress of school, the complexities (and occasional drama) of new relationships and the freedom to make all of your own food choices without the education on how those choices impact your overall health is a lot to handle at once.

In my case, there was also the confusion and pressure of not knowing what I wanted to “be when I grew up” so, to avoid thinking about it, I would numb myself with at least 2,000 calories worth of biscuits (the English cookie kind), Pringles, Twinkies, Twix and just about any other processed junk I could find. It started as something “fun” to do with friends (like after a night out) but, for me, it evolved into an almost-daily ritual. I’d eat until my stomach was so full it hurt to sit down and, if I did, I’d literally have to bend backwards into the chair like a sicko combination of the Playboy Bunny Dip and a woman in her ninth month of pregnancy.

The pattern was always the same… I would wake up feeling energized and ready to start my “diet.” After a breakfast consisting of an orange or an apple, I would intentionally blow it by having something “off-limits” so I could justify eating crap for the rest of the day. A brief “high” would be followed by an intense low, making me feel guilty and weak. Consequently, I would spend the next few hours mentally beating myself up for having no self control and the only thing that would make me feel better was – you guessed it – eating. Sometimes I would even go to 2-3 different fast food places because I didn’t want the employees to know everything I ordered was for a “party of one.”

Friends of mine from college will read this and wonder why they had no idea. They will probably feel bad and wish they’d have known so they could have stepped in and “saved” me. But that’s the sneaky thing about food addictions. I wasn’t sitting in front of them shooting heroin, I wasn’t even depressed. I was just downing a bowl of pasta as big as my head. That’s normal in America, right?

The good news is that mine is not a sob story. I healed.

I didn’t pursue professional treatment, though I did try reaching out to my family doctor. (His solution? A prescription for Prozac which I tore up in the parking lot.) It was a slow journey – hour by hour sometimes – but here are the things that worked for me at the time:

1. After ridiculous amounts of research on how food affects the body (e.g. how sugar fuels cancer cells, etc.) I decided to focus my eating habits around nutrition, not emotions.

2. Since I knew this was going to be a mental battle as much as a physical one, I stopped journaling about what I ate and how powerless I felt, and started journaling about what made me happy. Every day I tried to write down five things I was grateful for in an effort to “live in abundance.” Over time, this process helped a lot. I still had a lot of unnecessary traffic in my head, but I began to instinctively focus more on what was going right in my life versus what was going wrong.

3.) As a result of my deep dive into nutritional education, I decided to quit eating things with ingredients I couldn’t spell or pronounce (bye, bye Twinkies). This was by far the single biggest factor in losing the weight I’d gained. If I relapsed (and I did) I also tried to forgive myself. I’d go back through my journals, reviewing all of the progress I’d made, or I’d look through a motivational scrapbook I created with articles about other people (athletes, celebrities, etc.) who had also overcome challenges to achieve their goals.

Today, over a decade later, when I speak to students about career success it’s clear that the horrifying trend of obesity has hit campuses nationwide. When I look into the audience, I wonder if anyone is going through the same struggles I did and searching for answers as I was. Though I don’t have a silver bullet fix, I am proof you can come through if you understand what’s in your mouth isn’t nearly as important as what’s in your head. The moment you win is the moment you truly start to care about yourself more than your demons. And, trust me, that’s the best high of all.

I don’t curb or change the honesty of my message based on what society’s view is of a sound,
sane, strong woman. To project something that is not you is not helping anyone. Just be
yourself. Being yourself is the most important thing that you could do.