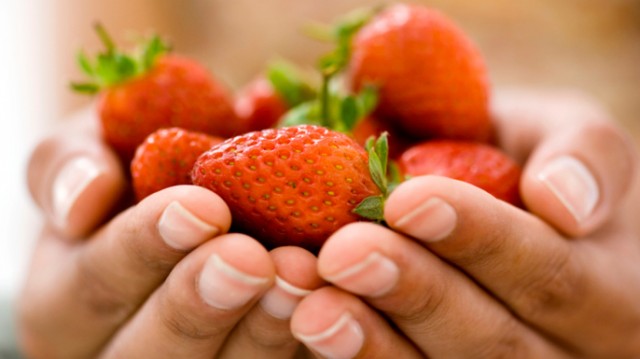 Food Freedom And The Real Truth Behind Prop. 37

In November here in California, we will have a chance to know what is in our food supply. Prop 37 will enforce companies to label foods so we as consumers can know for certain if a product is organic or not. As a mother attempting to feed my children in the healthiest way this seems like a no brainer. Why would it even be an issue to want to know if something is genetically modified or not?

Over 30 million dollars has been spent by companies like Monsanto, DuPont, Dow and Bayer to stop this bill from passing, while the supporters of Prop 37 have raised only 3 million dollars from independent and farm owned companies. Not one cent is from a multi national corporation. We must take a moment and think about why this is such a big deal to these companies and to us the consumers. Even though the FDA approves GMOs, I personally don’t want the companies that created DDT, Agent Orange and Roundup to supply my seeds and food, and if they do then it only seems fair to have labels on the products.

Opponents of GMO Labeling say it will raise food costs by hundreds of dollars per family but in fact adding a few lines about the ingredients is a mere raise in ink cost. In most countries around the world including China and Russia, labeling is the law. So in China and Russia the citizens can read a label but here in the land of the free we don’t have that option… until now. I truly hope this proposition passes because it will decide the fate of labeling for the rest of the country.

I am not advocating for everyone to eat organically. I realize it can be more time consuming to go to the farmer’s markets and at times more expensive; however I think as an American I should at least have the ability to know what I am feeding my family.

If you are interested in learning more about this take a look at The Right to Know.

Shiva Rose is an actress, writer, activist, and mother. Her site The Local Rose touches on fashion, food and home from a holistic perspective. She lives in the Santa Monica Mountains with her two daughters and menagerie of animals.

More From Shiva Rose view all