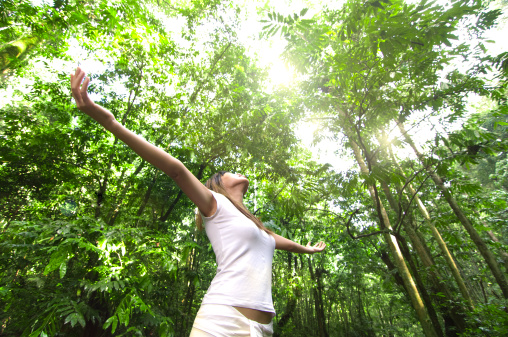 When it comes to body image, a large number of the female population feel pressure to be skinny at some point. Most of us, however, will eventually arrive at the conclusion that we’re happy with the body we’ve got.  But what if your obsession lies under the skin?

Imagine if, every morning, you thought that the day ahead would be your last day on earth. Not in a dramatic, calling-everyone-you-know-and-scribbling-down-last-wishes kind of way – but in a melancholically accepting and unassuming way, as if the world is far too beautiful for you to leave behind but there’s nothing you can do about it. That’s how most days feel for those suffering with health anxiety.

Most of us experience health anxiety, otherwise known as hypochondriasis, at some point in our lives, but for some people it’s something that just never goes away – and it can be debilitating. Sufferers of health anxiety have the perpetual belief that there’s something wrong with their bodies – constantly preparing for the worst and seeing the world through a short-term lens.

Sufferers believe 100% that they’re ill, which means that the brain can often materialise the symptoms that were initially only figments of the imagination. With the stress that this can cause, other symptoms can surface, including headaches, shortness of breath and fatigue. This creates a cyclic battle between mind and body.

Despite this, sufferers aren’t always met with empathy. An article published in Time magazine, said: ‘Hypochondriacs don’t harm just themselves; they clog the whole health-care system. Although they account for only about 6% of the patients who visit doctors every year, they tend to burden their physicians with frequent visits that take up inordinate amounts of time.’

As a hypochondriac myself, I’ve had a multitude of different responses from doctors. I can say with assurance that at every appointment I have believed I was ill.  One doctor recently said to me, “you’re only 22, you’re invincible. I’ve seen 22-year-olds jump up from car crashes. You can drink, take drunks…you’ll be fine.” I’m never sent for anything other than a blood test as I‘m told that tests will just exacerbate my anxiety.

You could, however, have a full medical examination, be told that you’re healthy and then walk out of the hospital and die. Life is uncertain, as is illness and death. My theory is that those suffering with health anxiety are scared because they have no control over the biggest thing in their lives – life itself. I love being alive – so why shouldn’t I be terrified that leaving the world is beyond my control?

We’re born without having the choice. We find ourselves on a very accommodating planet and spend the rest of lives avoiding pain and suffering and striving to be happy. Our bodies don’t work harmoniously forever, though, and we have no control over that.

My health anxiety started five years ago when I was still in school. Sat in a quiet lesson, my stomach began to rumble really loudly. For the first time, I experienced what I now know was panic. The girl sat next to me made a joke about me being hungry – and for some reason it made a lasting impression on me. I realised that day that my brain and my body don’t always agree with each other – and my body can do things of its own accord that can cause me embarrassment and pain. This fear led me to where I am now. I avoid strenuous exercise and alcohol because I’m too scared of the effect it has on my body, I’ve been to A&E more times than I can remember and I’m on constant high alert. For example, I was recently sitting with my hands clasped together and mistook a knuckle for a tumour.

Hypochondriacs have historically been given a bad name. In 1914, a manual called The Modern Family Doctor described hypochondriacs as “childlike, egoistic and self-centered”. In fact, hypochondriacs just have a low tolerance for uncertainty. It starts with an unaccountable twinge which shoots up to the mind, making the problem worse and the inevitable end a trip to the doctors. And the cycle continues. The problem is that this behavior should not be treated with an eye roll of a doctor, or a patronising ‘you’re fine’ speech. This is a mental illness and people can’t be put at fault for that.

One doctor said to me that he only has a problem with health anxiety when it’s displayed in an older person, which, I assume, was meant to comfort me. Instead, it just made me dread the day when I can no longer talk myself out of things due to the favourable probability of youth.

Have you ever been on a plane with turbulence? Perhaps you once had really bad indigestion that you thought could have been a heart attack? The fear that you’re going to die is incomparable to anything else – going through it every day is exhausting and debilitating. Yet, it gives you a unique perspective on life – one where the little things don’t matter as much – and a reminder of how precious life is. My health anxiety accounts for around 90% of my preoccupations – I have little energy to worry about other things.  For that I’m grateful.

Jessica is an avid blogger, recent graduate and a hopeful writer from England. She loves pretty, sparkly things just as much as she loves contemplating life’s deeper issues.