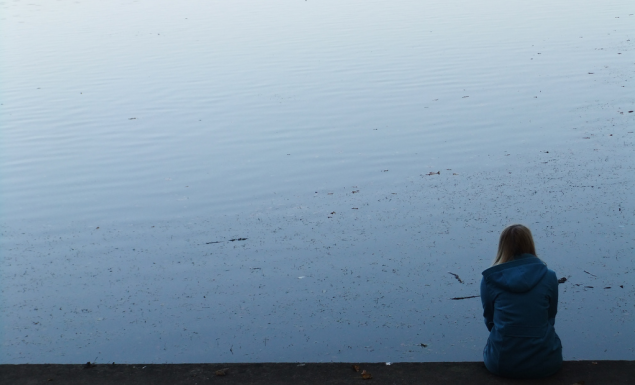 How to Respond to Miscarriage or Pregnancy Loss

Before suffering a miscarriage myself, I remember two of my friends telling me in passing that they had miscarried. It was probably my job to pause the conversation and validate that it was a life-changing moment worth talking about. But I didn’t because I didn’t understand the gravity of the situation. I wish now, looking back, that I would have expressed the proper empathy for their loss. I wish that I had understood more about miscarriage and how to respond to their hurt.

I am a bit horrified about the way that I must have reacted.

I might have said all the wrong things, I might have said too much or too little, I might have even said that “everything happens for a reason” and then asked when they would try again. I so badly wish that I could go back and re-hear the way they recounted their stories and my reaction to them. I wish I could listen for the pain in their voice or any hint of emotion that I couldn’t have detected before – not having been through it myself. There are so many things that I didn’t know about miscarriage until I experienced it.

Losing a baby feels deeply personal and also extremely isolating. Miscarriage is more prevalent than I had ever understood prior to my loss. One in five pregnancies end before the second trimester. I figured that I had youth and a strong family history on my side and that it was unlikely that I would ever miscarry. Despite my cognitive dismissal, something kept me from announcing the news until I passed the 13 week mark or saw the heartbeat. I never made it to those milestones.

Minutes after we witnessed the absence of a heartbeat at our ultrasound, the doctor gently told me that this is very common, but she was careful to add that she didn’t mean to comfort me with numbers or to say that my loss is any less impactful because it wasn’t, no matter how prevalent it is. She also said that even though I was “certain” that no one in my family had ever suffered a miscarriage, that “women will come out of the woodwork” to tell me about their losses if/when they heard of mine.

She was completely right. About half of the women I talked to, friends and relatives, had suffered at least one miscarriage or experienced pregnancy loss. About half! Instead of feeling comforted, I was angry at first. I was frustrated with women for not talking about it and allowing me to feel alone when I saw that unmoving circle on the ultrasound monitor.

The loss of a pregnancy can lead to a lot of terrible (and legitimate) feelings. After my miscarriage, I had a very hard time feigning happiness and support for others when I heard of their pregnancies or saw their pregnant bellies. I was almost angry with them, and I was certainly jealous. I wanted to be happy for other women but the despair I experienced around pregnant women and new moms (especially those closest to me) was almost unbearable.

How you can help

If possible, bring dinner or offer to help in other ways. My cousin brought me dinner and dessert and offered to take my other child off my hands so that I could have a break. I needed both of those things, even if I didn’t know it at the time.

Share your story. If you have a story of loss, now would be an appropriate time to share it with her. It is not her fault. She will need to be reminded that there is almost nothing that she could have done to cause this loss.

Don’t ask about future pregnancies. Let her bring up the possibility of trying again, don’t ask.

Don’t be afraid to ask how she is doing. So many people don’t know what to say to someone who has experienced a loss, and that is ok. What is important is that she knows that you are care and that you are there and ready to listen – even weeks later.

Tread lightly with invitations to baby showers for a while. Someone close to her should broach the subject prior to an invite being sent. It is better that mutual friend asks first than for an invite to show up in her mailbox with an ultrasound picture or baby things on it.

I hope that you have found my loss has helped you in some way. I wish you peace and many hugs if you have experienced something similar and I wish you compassion and understanding if you are looking to support someone who has suffered such a loss.

If I can be of further assistance, or if you’d just like to commiserate, please comment below. I’d love to hear from you.

Angie Tobias is a freelance writer (Michigan HOME & Lifestyle) and blogger living alongside a mini-superhero and a fisherman in southeast Michigan. She is a micro-brew drinking, coffee spilling, tree hugging, snort-when-she’s-laughing wanderer and she can usually be found reading her Kindle in obscure places. She can also be found at angietobias.com and under angietobias on Instagram.
comments (4)

I’ve always believed that home is where the family is, not where the house is.