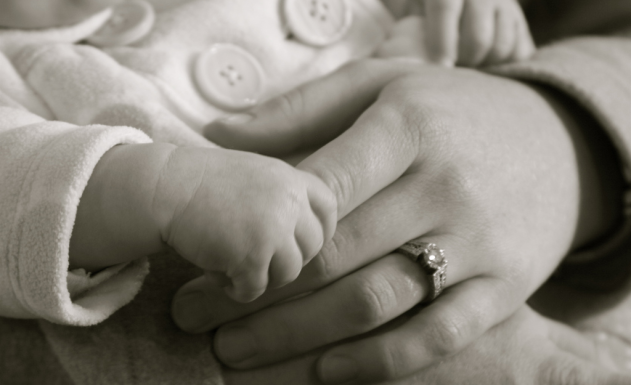 Post-Partum Depression: When It’s More Than Just The Blues

Elise feels alone, isolated, depressed and anxious. Six months after she had her son, she’s not connecting with him the way she thought she would. She’s apathetic, nervous and overwhelmed with guilt that she isn’t the mother she thought she would be. This isn’t what she signed up for. Wasn’t motherhood supposed to be filled with joy?

Ask any woman who has had a baby and the vast majority will tell you that their pregnancy hormones sent them on an emotional rollercoaster. They experienced every emotion possible: they were happy, sad, weepy, anxious, detached, joyful and scared – sometimes all at once. And then the baby came and they expected the emotional storm to let up. But for some women, certain emotions linger and last much longer than they expected.

During the days, weeks or months after a woman has a baby, hormone levels continue to fluctuate before returning to their normal state. And the timeline of this process can vary tremendously from woman to woman. Add to the hormone levels the stress of being a new mom, fatigue, lack of sleep, new anxieties and a partner who often wants to have sex much faster than you do, the postpartum period can pose some hefty psychological challenges.

As women, we put so much pressure on ourselves to be the perfect mothers, partners, friends, caretakers, often forgetting about ourselves and our own needs. Like many other women, when my first baby came I did not put my mental well-being at the top of the list. Me who? I used to joke when my mom called to check in on me and the baby. I just tried to ignore the wild mood swings, my inability to sleep when the baby slept because I was so worried I’d miss a little whimper; I used to take my daughter (strapped into her carseat), into the bathroom every time I showered. Peaking out through the steamy fog in the bathroom every other minute to make sure she was still okay, I couldn’t help but think how symbolic the entire scene was. My head was in a fog—literally and figuratively. She was okay, I was not.

In the weeks that followed, I found myself filled with anxiety. Did I measure up as a mother? Was my baby safe? Was it okay that I didn’t love every minute of it, and that I sometimes longed for my old life, pre-baby: the one that I could go to the bathroom with the door closed? Luckily, my emotional rollercoaster gradually came to an end. But for some women the emotional residue can linger. Learning to distinguish feelings that are a “normal” part of early motherhood, from feelings that may require further help and attention, is very very important; and unfortunately, for many women, too often overlooked.

The “baby blues,” sometimes referred to as “postpartum blues,” is a term used to describe the emotional ups and downs of the initial time period after the birth of a baby. The symptoms can vary and include: irritability, sadness, anxiety, feelings of being overwhelmed, mood swings, crying spells and changes in appetite and sleep patterns. These feelings usually peak within the first week of delivery and generally subside over the next few weeks. For some women, the feelings come and go and peak again when they stop breastfeeding.

Here is a list of the most common symptoms:

Apathy or loss of interest or pleasure in activities
Lethargy, lack of energy
A sense of detachment from the baby
Persistent feelings of sadness
Feelings of anxiety or panic (many women don’t realize that persistent anxiety is one of the signs of post-partum depression)
Feeling worthless, hopeless or helpless
Changes in appetite, sleep patterns
Loss of interest in sex
Withdrawal from family or friends
Feelings of harming the baby or yourself

The good news is that postpartum depression can be treated. And women need to realize that they are not alone. With more and more celebrities talking about their own experiences, the spotlight is shining brighter on the diagnosis and treatment of postpartum depression. Sometimes just recognizing that nothing is really wrong with you, that there’s a name for what you are experiencing and that other women have gone through it, can go a long way in the recovery of women who are suffering. Treatment often includes talk therapy and/or medication. Many women find it helpful to join a group of other mothers who can share their experiences together and heal collectively. If you or someone you know is suffering from post-partum depression, getting help can be life-saving. And sometimes it just takes a gentle nudge.