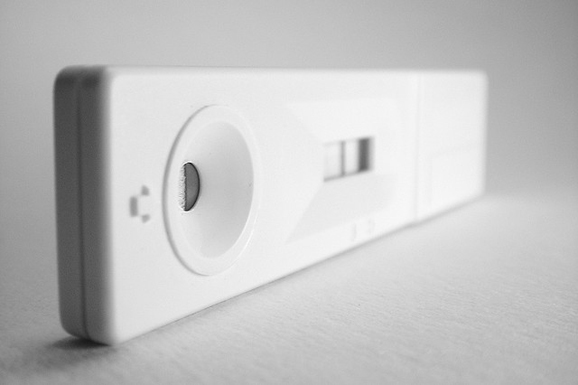 The (Embarrassing) Joy of Pregnancy

Before you get pregnant (and even when you first become pregnant, for the first time), you have visions of what it’ll be like. You see yourself swelling up and wearing tent-like maternity clothes — this much you expect. You dream of the many pints of Ben & Jerry’s you’ll get to devour, guilt-free. You imagine yourself huffing and puffing in a labor and delivery room, your partner excitedly coaching you on breathing techniques, the same scene that’s played out time and again in always-unfunny films and on stupid TV sit-coms. You reckon you might scream a few times when the baby’s head crowns, and that there’ll be some scary blood. And you’re likely nervous about the prospect of pain. But it’s all so unknown, so nebulous and far off it’s akin to envisioning what your newborn will one day look like. You can make a guess, you can even educate yourself by reading What to Expect When You’re Expecting and other like-minded manuals, but until you walk a mile in those swollen (c)ankles, you can’t know the million ways your body is about to betray you.

That’s right! I said betray you. No one wants to tell you about the indignities of childbearing. But I will. I’m not saying that 10 months of pregnancy (another thing no one admits—that 40 weeks of gestation does not calculate to nine months, but to 10) and giving birth are not incredibly beautiful experiences. They certainly can be. But it ain’t all angels singing and yellow light bathing down from the heavens. There’s some of that, of course, but it’s a mixed bag. And between the ubiquitous breastfeeding Nazis running rampant these days (I mean people like you, Mayor Bloomberg) and a bar that’s been set too high for most moms (“I grow my own organic vegetables in the backyard and puree them in large batches for my baby Buster. Oh, and I’m nursing until he’s 4 because I believe in attachment parenting. And I lost all the baby weight in just two weeks; can you believe it? And I don’t believe in television, either.”), a dose of reality, like your missed period, is long overdue.

During your pregnancy, prepare for your body to embarrass you at every turn — and there will be some wide angles, trust me. Prepare for Preparation H, because hemorrhoids will likely rear their ugly heads. Prepare for the in-between period before you’ve popped when you just look thick (and everyone raises their eyebrows and imagines you’re laying on the sweets). Prepare for your breasts to go from pleasingly full to downright dangerous, so massively erect they just might take an eye out if you’re not careful. Prepare to sweat in places you can no longer reach. Prepare to eat like a trucker and belch like one, too. Prepare for your skin to glow, sure, and then watch that glow pool into an oil slick like you haven’t seen since you were a preteen. Prepare for your ass to either flatten as if tempered by an unforgiving waffle iron, or bulge in such spectacularly perpendicular fashion to the ground that passing strangers will turn their heads and wonder if the baby is actually growing back there. Finally, prepare to moan like a beached whale in the weeks before you go into labor, especially if those weeks happen to coincide with the sweltering summer months.

But the best is yet to come! First-time moms are often control freaks, presenting their “birth plans” (quotes ironic and intentional) to wary OB-GYNs like military leaders strategizing for battle. (Anyone who has ever given birth before is drying tears of mirth from her eyes right now. Oh, that’s funny.) Because no one knows how a birth will go — least of all the woman who’s about to squeeze out a small person with a large head between her legs through an opening the size of a pea, or a penny. And all sorts of interesting stuff can happen. Like rips and tears down there. (Sometimes even through to your rectum! Excellent!) Or like pooping on the delivery table right in front of your spouse. And going through mediations, chanting, desperate last-second epidurals — and still having to get a C-section despite all that painstaking effort. In the time between your first contractions, when you still look like you’ve swallowed a basketball, and the moment that your freshly squalling, umbilically bound infant is first placed in your arms (sadly, your stomach will still look like you’ve swallowed a basketball, and will for weeks), you’ll feel as if you’ve happily signed up to be drawn and quartered. You’ll ask yourself: Is it too late to get out of this?

You will forget a lot of it — you’ll be too lost in love with the tiny being latching on to your still-tender nipples as you stroke her silky head, or his velvety skin. (Yep, your tender nipples will soon be a distant memory, and you’ll likely shed some tears and even some blood in the process as they toughen up from that eager young mouth sucking the very life marrow out of them.) Later, as you sit in a boiling hot Sitz bath (this is a plastic tray that rests on top of the toilet seat, filled with steaming water), gingerly dipping your battered undercarriage into it in an agonized attempt to heal it, you’ll sob at the prospect of having to take your first post-delivery bowel movement. (The mere thought of it makes you wail, “Oh, shit!”) And when the Sitz has cooled, your gigantic boobs will prevent you from being able to reach or even see the towel you just draped on the rack. The same boobs that will soon spill milk and soak your blouse at work in front of your boss a few months down the line…

And then it will all be behind you. Or so you’ll think. You’ll be standing in line at Whole Foods, cooing at your three-month-old cutie in her portable car carrier and chatting with the cashier as she rings up your stuff. But then — a sudden reminder of all your body’s been through. A thunderously loud fart — pppffffftttt — will tear through your groin area without a single warning grumble to signal its arrival, the result of depleted air pockets finally sealing shut from all that tearing, the dreaded episiotomy, the many subsequent stitches. Embarrassed, you’ll smile a weak smile and grab your baby, your grocery bags and hustle back to the car. You’ll have to laugh. What else can you do? Because it’s time to race home and strap yourself up to the industrial-strength, motorized pump with two suction cups that clamp to your breasts like super-sealed toilet plungers. They will rhythmically, robotically extract milk from you as your baby sweetly sleeps. You will feel a strange kinship with Bessie the cow, and wonder if you’ll ever feel normal again…

You will. And your child will make it all worth it. Until, of course, he gets to the age when you embarrass him. But that, my fellow mother friends, is another story.