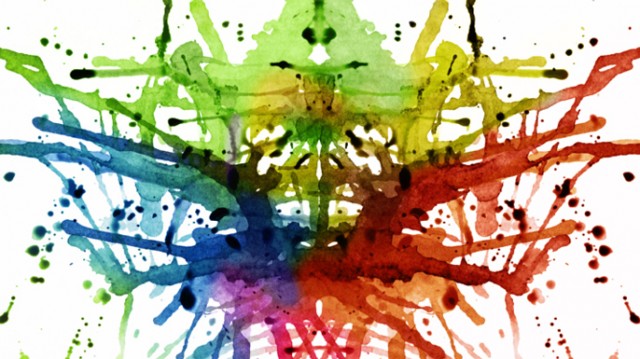 Therapy Is Cool: The Importance Of Breaking The Stigma

I remember noticing that something wasn’t right with my uncle. I was seven years old. His outward cheerful attitude didn’t silence my intuition. I knew something was wrong. I remember seeing him in his room more often than not. He barely dated, if ever, had few friends, and I remember hearing in whispers that he drank. The issue became a silent issue, like many issues often do, especially in Latino households. I am of Puerto Rican decent and was raised in a middle to low income neighborhood in Bushwick, Brooklyn. I was never engaged in serious conversations about depression and addiction, nor did I ever hear them discussed at family gatherings. His depression was ignored and deemed as laziness, “el es bago” meant, he is lazy, or nothing is wrong with him, “el esta bien.”

He wasn’t fine though, and years later he was in a severe depression with an even bigger drinking problem. My uncle was and is one of the nicest souls around, but he suffered in silence with his illness. My grandparents didn’t know better, no one did. They say when you know better you do better, and fortunately, now I do.

I decided to make healing and empowerment my life’s work. Not only in my own personal life, but professionally, as a mental health therapist, advice columnist, speaker, and writer. I even started a whole business dedicated to it: Cosmic Life, and launched a virtual awareness campaign called, Therapy is Cool, to shine light on this topic. In particular, to raise awareness and break the stigma around mental illness and the importance of seeking professional support.

I want seeking therapy to be cool. Why? Because let’s be honest, being miserable and suffering isn’t sexy, stylish or fun. Being healthy and emotionally happy is the new cool. There are tons of people suffering in silence unnecessarily, with family members and friends lost in ignorance and not knowing or feeling safe to discuss these topics. It’s quite normal for people to go through periods of depression, addictions. The problems arise from not seeking help. So let’s change that!

Historically, mental health treatment has often been underutilized, with patients reluctant to seek these services, and insurers reluctant to pay for them. Research has suggested that fewer than one-half of people with serious mental illness receive treatment. Poverty level also has an impact on the mental health status of all Americans. And, as we know Latinos, are often in this poverty level category in the United States. In general, minorities have less access to mental health services. It’s terrifying to feel like we can’t help ourselves. We as humans tend to want to fix and solve things, and we get frustrated when we can’t. There’s no need to suffer in silence.

Percent of population with feelings of sadness, hopelessness, worthlessness, or that everything is an effort, all of the time, among persons 18 years of age and over, 2010:

Everything is an Effort
Hispanic:6.5
Non-Hispanic/White: 5.6

So let’s decide today to make therapy cool. Self esteem is sexy! I’m a therapist and even I go to therapy. Processing feelings doesn’t have to be done alone. If you have a pulse, you will have a time in your life where you need guidance from a trained therapist.

If you are feeling like you might be experiencing depression, sadness, severe stress or anxiety, reach out to me for help at www.cosmiclife.com or seek out a therapist at www.psychologytoday.com. Let’s create a revolution, a “therapy is cool” movement. And remember, seeking support doesn’t mean you are weak, it means you are strong enough to make a change in your life.

Christine Gutierrez M.A., MHC  psychotherapist, life coach, and writer. Christine brings an innovative and fresh approach to healing as a modern day psychotherapist with a soulful twist on celebrating the  complexities of the human mind,  the body’s wisdom, and the truths of our inner spirit.  Christine is also the founder of the lifestyle brand Cosmic Life Inc. where she provides 1-1 coaching, group goddess gatherings, speaking engagements, workshops, and writing all geared towards healing the mind, body, and soul. To find out more  check out www.cosmiclife.com and sign up for the free newsletter to receive updates, information+ inspiration. Find me on Twitter: @CosmicChristine

More From Christine Gutierrez view all

The social constructs that people create for women are too hard to live up to.