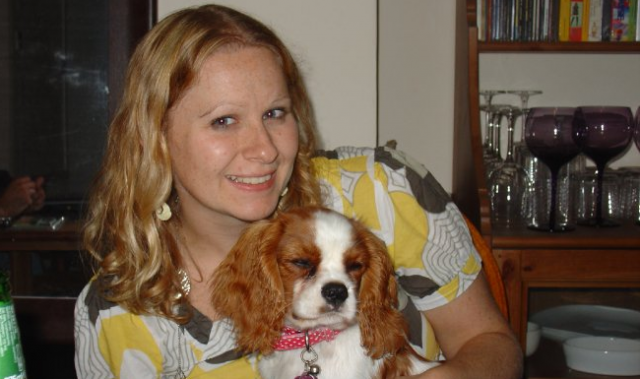 There, I Said It: I Have Pre-Cancer

I think every woman has her time of crisis – a love lost, a hiccup in her health, a lack of work, a work overload, the nagging question of “to be or not to be” when it comes to children. In living the life she lives, a woman can get stuck in hard times.

Sometimes the only way through the issue is to discuss it with our fellow human-kind in an attempt to normalise things and gain a bit of support. However, human-kind sometimes isn’t so willing to hear. Social rules dictate we avoid certain topics. Therefore we embark on trying to forget or ignore the issue with friends and family and the greater public in order to make other people’s lives easier and to satisfy those invisible social rules. Now I’m not talking airing your dirty laundry in public, I’m talking health – mental and physical. I’m talking real people’s lives, not gossip.

For me my time of crisis was very recently, my health took a turn for the worse. However, I didn’t get stuck; I watched and got involved and moved forward. I TALKED about it openly.

I attended my regular smear tests; I hated the uncomfortable feeling of having the walls of my vagina opened by a metal instrument. But, ever the ‘good girl’ doing what the doctor said, I did it; I made the small talk with her while she performed this invasive procedure, we chatted about the weather and work and then I went on my merry way. A while later I was asked to come in for a second test as my results were “abnormal”. I had no fear, assuming it was common. So I popped along for a second test.

Then, I had a letter saying the second test came back “abnormal”. The hospital was arranging an appointment for a colposcopy. A WHAT?! I Googled (as we do) and the word CANCER appeared oh so many times. Fear seeped in slowly. C.A.N.C.E.R. Cancer of my lady bits?!

Freaking out in the nurses office, wearing my best ‘I’m calm’ face (which is rubbish – my face, like Shakira’s hips, just don’t lie), I was told I had at least CIN1, possibly CIN2. Again, I had to Google it – CIN is basically pre-cancer, the higher the number, the more developed the calls are. The nurses at the hospital talked about “the process” of cancer and “the journey” of the cells. I was given the option of watching my colposcopy, which I did, eyes wide open.

I made the choice that it’s my cervix inside my body and I want to see the process. I watched as she swapped me clean and then sprayed different coloured liquids on me. It was amazing. I saw the nasty little cells, all bright white while the rest of my insides were a nice tan (the only part of me that’s ever had fake tan). They looked harmless, but there were a lot of them. I coughed as the nurse took the biopsies (giggling lots); she took a few and then smiled as I thanked her. She cauterized the area (burnt the cervix to stop the bleeding) and off I hopped. The pain afterwards wasn’t nice, pretty bad period pain for a week or so, but not too bad. I had survived!

Having been formally diagnosed with pre-cancerous cells in my cervix, I went into a little panic. My mother went into panic. Not only having some rather nasty cells, they were “down there” and “women’s problems” and they were “pre-CANCEROUS”. Having always been a drama queen with nothing particularly dramatic happen in my life this was EPIC–PANIC times.

However, I did not retreat. I could not try to forget or ignore this. I discussed it. Being someone who talks a lot about everything unimportant, I discussed this important life event. I discussed it with family and friends. I talked about it with men, with women, with anyone who asked how I was (that hilarious moment – innocently asked by a distant friend “How are you?” “Good, thanks, although I have pre-cancerous cells in my cervix. How are YOU?” Insert awkward silence). I mentioned it on Facebook and on Twitter. I was so vocal about my pre-cancer that I embarrassed a few people. My father even asked if “this is the right place and time to discuss this” at a BBQ. My answer? Yes, it damn is!

When we have a crisis or trauma, WE NEED TO DISCUSS IT! With everyone! Only by discussing it did I find out that some of my friends had been through it, and many friends of friends had had CIN1, 2 or 3. Why did I not know? Why are we embarrassed or ashamed to discuss “women’s issues” or the dreaded cancer?

The moment we attach shame or embarrassment to something, it sticks. Others feel the same; nobody talks about it. I am a woman, I have a vagina and a cervix and my cervix has developed cells that, if left untreated, would become cancerous and very harmful to my body. I am not ashamed. I have cried about this, and I have laughed about this. I am unstuck in this crisis because I talk about this. And I am entitled to talk about this because it’s my body and my life. And you want to know a massive secret? People LOVE to help. People want to be there for you. People on the whole are bloody lovely. And it’s nice to have lovely things said and hugs and support.

And so, in just over a week’s time, the cells are being removed, and in a few weeks more I will be healthy again. My body will be free from bad cells and I will be safe in the knowledge that talking about my illness not only made me feel better, it normalised the whole thing and even made me closer to a few people.

Laura B works for a mental health charity running a well-being centre and self-help support groups in Swansea. In her spare time she enjoys knitting, sewing, writing, blogging, reading and all things crafty and creative, as well as spending time with my beautiful family and friends and having adventures. You can find her on twitter @laurasbubble chatting about feminism, mental health issues and all things her and you can read her blog  honestlittleme.blog.co.uk  to keep up to date with heradventures and shenanigans!
comments (24)

I think fear of the unknown is usually what makes people react really strongly because if you
don’t know something, you get afraid of it. And when you’re afraid you don’t want to expose
yourself to something you don’t know.