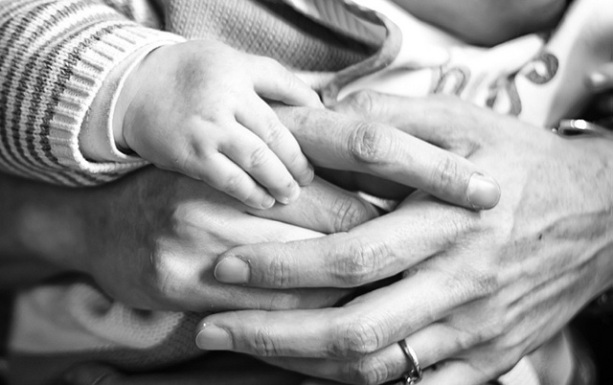 To Mother or Not?

Is motherhood the ultimate expression of womanhood? Does choosing not to have children continue to stigmatise women?

Last year I experienced a fertility crisis. After years of irregular menstrual cycles I finally listened to my gut and decided to investigate. There was a possibility I could have Polycystic Ovaries Syndrome, making it difficult for me to conceive children naturally.

Whilst waiting for a diagnosis I spent numerous nights wide awake and crying until 6am at the prospect of not having children. I mourned something that I never really possessed, a child. I have been in an amazing relationship for over four years and the prospect of us not having babies one day was absolutely heartbreaking. He would make a wonderful father and I would rob him of that.

After reading several drastic stories about women with PCOS and all their trials with conception, marriage and weight I felt devastated and hit rock bottom. All of a sudden I somehow felt defined by my potential infertility. I felt like I had somehow failed as a woman, as if my very feminine essence was robbed.

In the past, as a 23-year-old I had weighed out the options of whether to or not have a child. Although I love children, at 23 children were not in the immediate future for me. I wanted to travel, find a decent job and focus on writing more before settling down. However, all of a sudden my future appeared bleak without the prospect of a child. I felt like I had failed as a woman and I realise how dated that sounds.

My results were encouraging.  I feel blessed to know that I have a good chance of conceiving naturally and if not there is numerous options to help us get pregnant. Although I do not plan to have a child in the near future, it is a relief to know that I am not robbed of having the freedom to choose whether or not to have a child.  I never realised how desired motherhood would be in my future until this turbulent time.

What does the life of a childless woman look like? Personally, I imagine freedom. The luxury not many women can experience. Imagine spending that $600,000 on annual trips to France, a wardrobe to rival Carrie Bradshaw or your dream home without nappies or sticky surfaces. Having the ability to live out your fantasies without thinking they may be inappropriate or unattianable.

Oprah Winfrey famously declared that “I don’t think I could have this life and have children.” Her achievements are known to us all. She is the first female African American billionaire, she has revolutionised television and has continuously strived towards helping those in need , whether African students or child abuse victims. Together with Australian PM Julia Gillard, Katherine Hepburn and Helen Mirren, she represents infinite possibilities.

Are these infinite possibilities available for all mothers? Do you have to compromise your parenting for a career and vice versa? Or does parenthood make you even more determined to strive for your dreams?

However it appears that childlessness is not accepted as a social norm. Choosing not to have a child appears to be seen as a fault against nature and is stereotyped as “selfish” by many. If they are not “selfish” they are quite often pitied for being alone or being somehow biologically defective. Australian PM Julia Gillard has often been scrutinised for her lifestyle.

In April 2011, former politician Mark Latham accused her on ABC radio of being unable to express any empathy for children “I think having children is the great loving experience of any lifetime. And by definition you haven’t got as much love in your life if you make that particular choice.” She is ultimately being accused of not being able to love children because of her lifestyle choice. Gillard is vilified and considered abnormal as a woman by many men and women.

Motherhood is beautiful and a miracle in many ways. The love and strength of a new mother must be unparallel. However are motherhood and womanhood intertwined? Can womanhood be celebrated without motherhood, without judgement or pity? Is having a child the ultimate expression of one’s femininity?  Is mothering synonymous with womanhood and is having a child “just what women do?”  Is motherhood a social expectation?

At 24 and months after the fertility scare I am blessed to know I have many years ahead of me, with numerous options about motherhood. I am blessed to know that I have not been robbed of my ability to choose by Polycistic Ovary Syndrome. There is no right or wrong choice for women and couples, which is what society needs to accept.