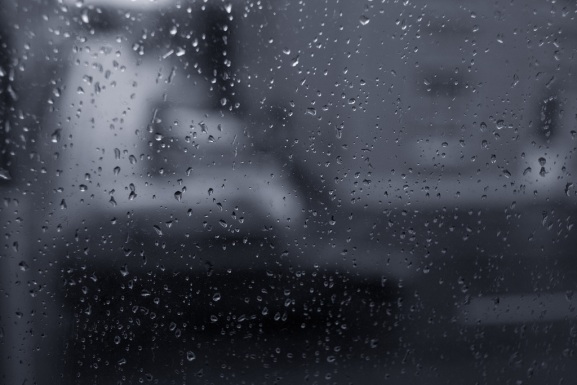 Hi, my name is Becca, and I’m a lifetime suffer of depression.

But I didn’t know that until very recently.

I always knew that there was something wrong with how I felt. I knew I was more melancholy than my boisterous siblings. I could be outgoing, but there were many times when I felt withdrawn and silently in pain. I can trace my first major depressive episode back to when I was eight years old. I remember the blankness, the lack of feeling, which haunted me. The next came at age thirteen, a period of time in which I isolated myself from family and friendships and became ensconced in my quiet place of not-rightness. I battled ups and downs throughout my childhood and adolescence.

I knew something was wrong with me. I just didn’t know it had a name.

I was raised to believe in spiritual healing, above all else. We still had vaccinations and doctor’s visits, but the belief was that God was the ultimate healer and we could be cured through prayer. There was a stigma about mental illness in the community I was brought up in – not necessarily that it did not exist, but that it was caused by demons and spiritual afflictions and if the sufferer of mental illness could only repent or pray more or worship more or read the Bible more than surely the malaise of their thought life would recede and diminish into nothing. I didn’t even know that there was such a thing as licensed professional therapy until I was a senior in high school. I heard that antidepressants were not for Christians, and that spiritual counseling with various pastors and gurus was the best option.

So you see, I knew something was wrong with me. But I thought it was me, my fault, not genetics or traumatic experiences or a mixture of the two. Even as a little girl I believed that this not-rightness, this numbness, was my own fault. That I was not holy enough, I didn’t believe enough, to cure myself.

When I was seventeen, my depression shifted from bouts spaced out across months to all-the-time, intensive. I would show up to school and spend an hour in my car crying and not knowing why. For me, depression takes one of two forms: a blanket, smothering all feeling so that I feel as if I’m not connected to my own emotions, the world around me, or my own body; or a stimulant, caressing every minor incident into something drastic and huge with feelings of sadness flinging me around like a roller coaster run off the track. They both frightened me. When I felt the blanket descend, a detached piece of me was very scared about the way I couldn’t feel anything at all. When I was off track, not able to contain or control my sadness, I was alarmed internally at how I was acting externally.

I didn’t have a way to articulate what was happening to me, and I didn’t want to be put into spiritual counseling and have people pray for me all the time. I didn’t want to admit to anyone around me that I knew there was something off in how my emotions worked. I didn’t want to admit to being crazy, and I didn’t want to admit that I wasn’t holy enough or earnest enough in my prayers to be healed. At the same time, I didn’t know how to cope, and it took its toll on my development as a young woman. Pressed with keeping this secret of my dysfunctional emotions, I acted as though I was fine all the time. This only served to make my feelings more erratic and make me feel like my whole world was just insane. I didn’t know who to go to or where to turn, because I wasn’t supposed to have depression. Good Christians didn’t get depressed. My only conclusion was to fake it, with the knowledge that I just wasn’t a good Christian.

In the end, it was school that saved me. Public high school where I learned about mental illnesses and chemical imbalances in the brain, and private university where I attended therapy with professionals for the first time. I began to understand that no, it was not my fault that I felt this way, and that I was okay to admit to the world that I was depressed. I had been so ashamed of it for so long that admitting to a counselor that I was depressed was extremely difficult for me.

I started off slowly, telling only a few friends of my emotions. To my surprise, many of them were well educated in the facts of mental illness. I wasn’t a freak-show, and I wasn’t crazy. To them, I was still their friend, who happened to deal with depression. Lifting that cloak of secrecy was the most relieving thing I’d ever done. Their acceptance of me, their lack of condemnation, was a gift.

Now, I can admit that I suffer from depression. I combat it with a combination of therapy, exercise, purposeful rest, eating, and medication. Instead of fearing the monster inside me, I battle it. I don’t always win, but I am so much more unafraid of life and able to discern between healthy and unhealthy emotions. It’s not my burden anymore. It’s just my battle.